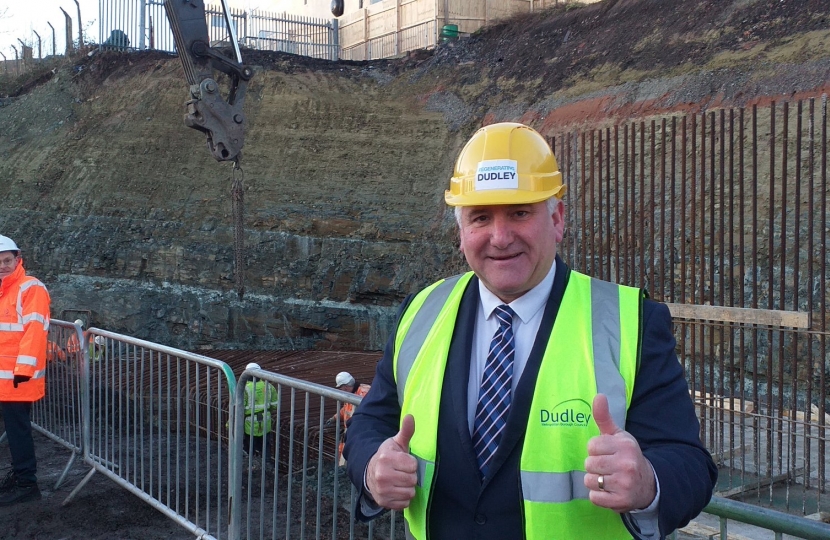 Dudley Council Leader Cllr Patrick Harley has hailed the start of a "new era" for Dudley as preparations to demolish an eyesore office block were stepped up.

The former Inland Revenue offices at Cavendish House will finally be razed to the ground after the West Midlands Combined Authority (WMCA), headed by Mayor Andy Street, stepped in to provide more than £700,000 to break the deadlock.

The demolition will pave the way for the £82 million Portersfield retail and leisure development which could include shops, restaurants, bars, offices and homes.

llr Harley said said: “I am absolutely delighted that the end is now in sight for Cavendish House.

“It has been a blot on the skyline of the town centre for far too long but this is the beginning of the recovery and resurgence of Dudley.

“Within weeks the building will finally come down and work will start on another exciting development for the borough.

“We plan to invest more than £700 million in the town centre over the next five years. Along with the new bus and tram interchange, and the proposed Metro extension from Wednesbury to Brierley Hill which will run through Dudley, it promises an exciting future.”